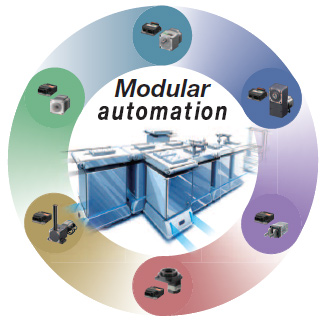 Today’s challenge is to create flexible and reliable manufacturing lines to meet tomorrow’s manufacturing requirements. To achieve this, more and more companies are working on modularization, which allows the line configuration to be rearranged according to the situation.

As an increasing number of manufacturing locations are working on automation to replace common tasks, such as transporting materials, assembling products and performing work in difficult-to-access areas, Modular Automation compatible products are a group of products designed to support this direction.

Introducing the Concept of Modular Automation

Modular automation is the next phase of factory automation where the same production line is separated into modules and can be quickly reconfigured to adapt to different needs. This video illustrates the new rapidly expanding form of automation and how traditional assembly lines are transformed into modular assembly lines. Modular automation compatible products by Oriental Motor include the compact and lightweight DC-powered products, such as the AZ Series mini driver and the BLV Series R Type.

By converting the conveyors that are part of a production line to mobile robots, flexible configuration of the line becomes possible, and a more efficient production line is realized. A robot with a small turning radius can move and work even in a limited space. It is effective as a means to improve efficiency.

By modularizing the equipment for each process, flexible layout changes can be implemented according to the product. In order to realize modularization, it is necessary to unify the equipment with certain standard sizes and simplify the power supply wiring. Since these modular sections are designed to move on their own, it is also necessary to consider making the device lighter and more compact. In the near future, there may come an era in which all production equipment will be self-propelled by battery drive, and layout changes will be made by AI on an efficient movement route.

Modular Automation Products are a group of products that share the common features of being battery-powered, compact and lightweight. Optimized for use in self-propelled devices and mobile equipment, they contribute to the realization of flexible automation lines and mobile automation.

αSTEP is now equipped with a newly developed absolute mechanical encoder, no back up battery required. The AZ Series mini driver has been designed to be compact and lightweight, freeing up valuable cabinet space. Combine it with the wide product selection of the AZ Series. 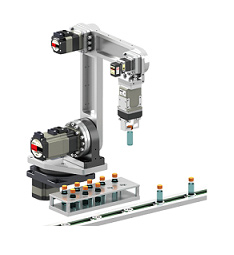 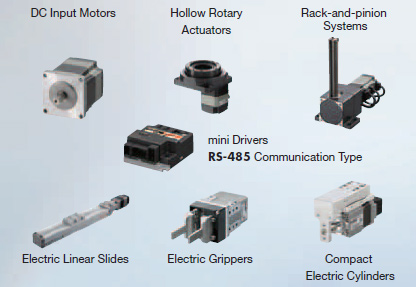 For Example, These Motors & Drivers can Contribute to Flexibility within the Production Line Layout 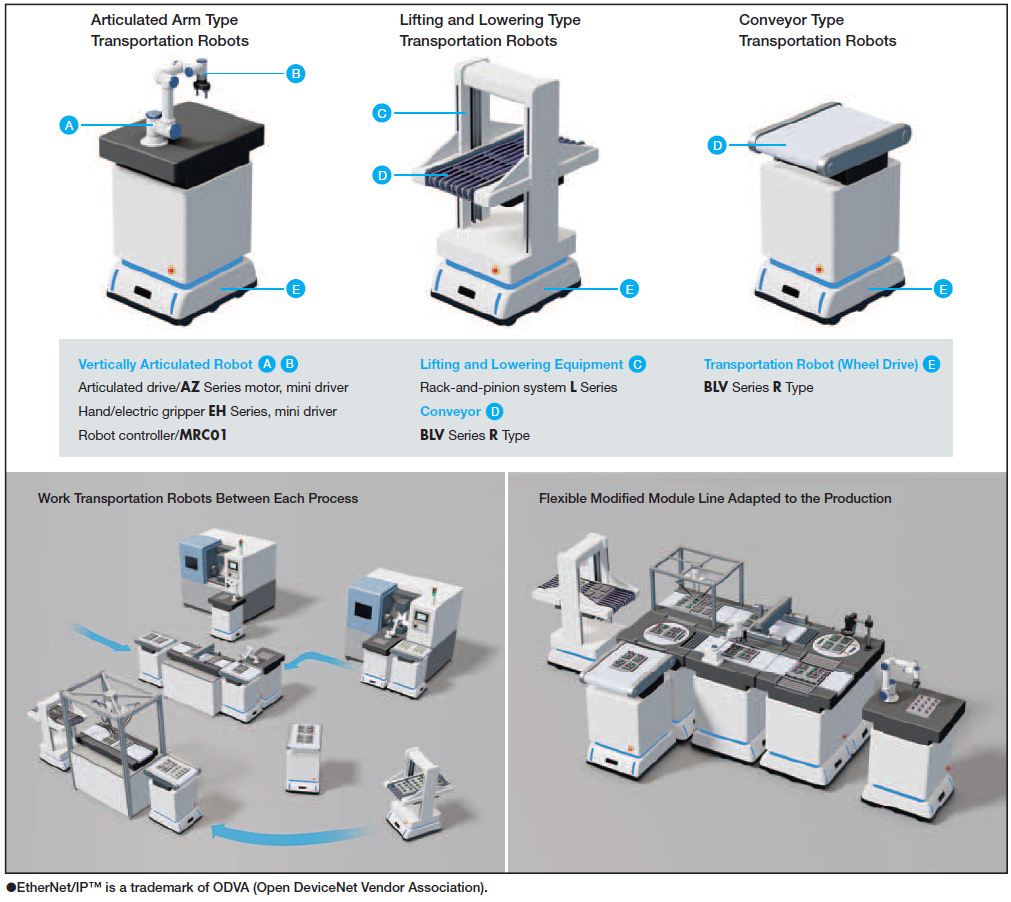 Oriental Motor, a global manufacturer of fractional horsepower motors, supports the internal designing of application-specific robots with the AZ Series. The AZ Series is a family of motors, actuators, and network drives that feature an absolute sensor, closed-loop control, and easily works with the multi-axis MRC0l controller. This combination of products allows for internally designed and built in-house automation that are designed according to the circumstances and decrease the hurdles in locations where automation wasn't possible; for example, where commercial robots had space restrictions or lack of space inside the equipment, cost limitations, and other barriers.

Below is an example of in-house automation built using these AZ Series products.

The two actions of transportation between neighboring process equipment and additional positioning have been combined in one horizontal SCARA robot, reducing the processes in order to deal with the issue of restricted equipment width and height as production lines are modularized O.

This robot is arranged beside the production robot. By having the transportation work performed by the production robot and the parts settling work performed by the internal manufacturing robot carried out at the same time, the overall machine time is reduced f). The robot has a simple and compact design comprised of the following, with one unit costing around $8,000 (including the electrical components): an AZ series DC-input motor, a DGII series hollow rotary actuator, a DR series compact linear actuator, an EH series electric gripper, and an MRC01 robot controller. Although there were initially some concerns about how to control and set a multi-axis robot, even inexperienced users were able to make the settings smoothly using the MRC Studio programming software 8.

Contact the Oriental Motor Customer Support Center for details and the selections available. 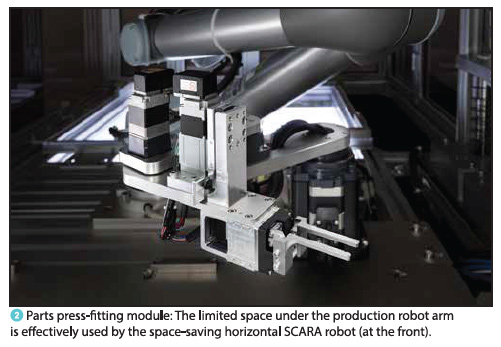 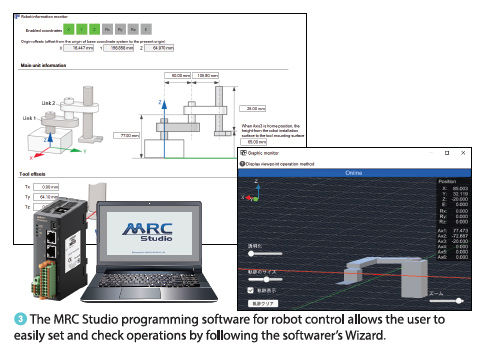