Encoder
The encoder is a sensor that notifies the driver of the speed and position of the motor. The encoders (position detectors) used in the servo motor can be structurally classified as "incremental encoders" and "absolute encoders". Oriental Motor uses a 20-bit absolute encoder for our servo motors NX series for low vibration at low speed range. 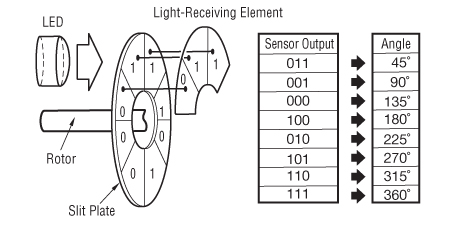 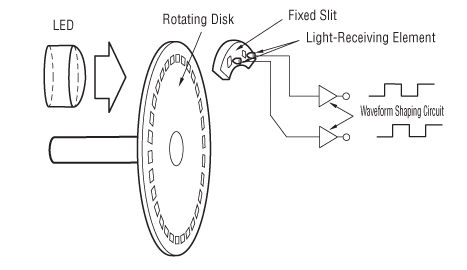 Capable of detecting the rotation, speed and rotation direction of the servo motor, the incremental encoder outputs the pulse with respect to the change portion of the rotation angle. Ordinarily, the detection waveform output is without modification, and therefore the current position is lost when the power is off.

Resolution
The angle is shown for the motor rotation with one pulse. The resolution determines the positioning accuracy of the motor. For example, if the resolution is 1000 p/rev, one rotation of the motor (360°) can be divided into 1000 parts.

Speed Control and Position Control
The NX series speed and positioning control commands are carried out by inputting a pulse signal the same as with a stepping motor. In the relationship of the pulse speed and position,

Additionally, torque control and tension control are carried out.

Pulse Speed
For the pulse input type, the motor speed is proportional to the input pulse speed (pulse frequency).

Hunting
During a standstill, the output shaft of the servo motor may vibrate slightly. This phenomenon is called hunting.

Settling Time
A delay occur between the position command of the pulse input and the actual motor operation. The time difference occurring at a motor standstill is referred to as the settling time.

Gain Adjustment
Gain adjustment is carried out to optimize the control according to the load.

Accumulated Pulse
The difference of the command pulse input to the servo driver, and the feedback pulse output according to the motor rotation from the encoder that is built in the AC servo motor is referred to as the accumulated pulse. 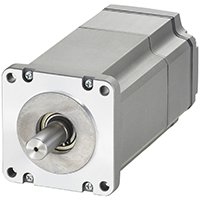